The pupils were delighted to get the opportunity to use the VR headsets again this year after the software was updated by Danny in MTU. 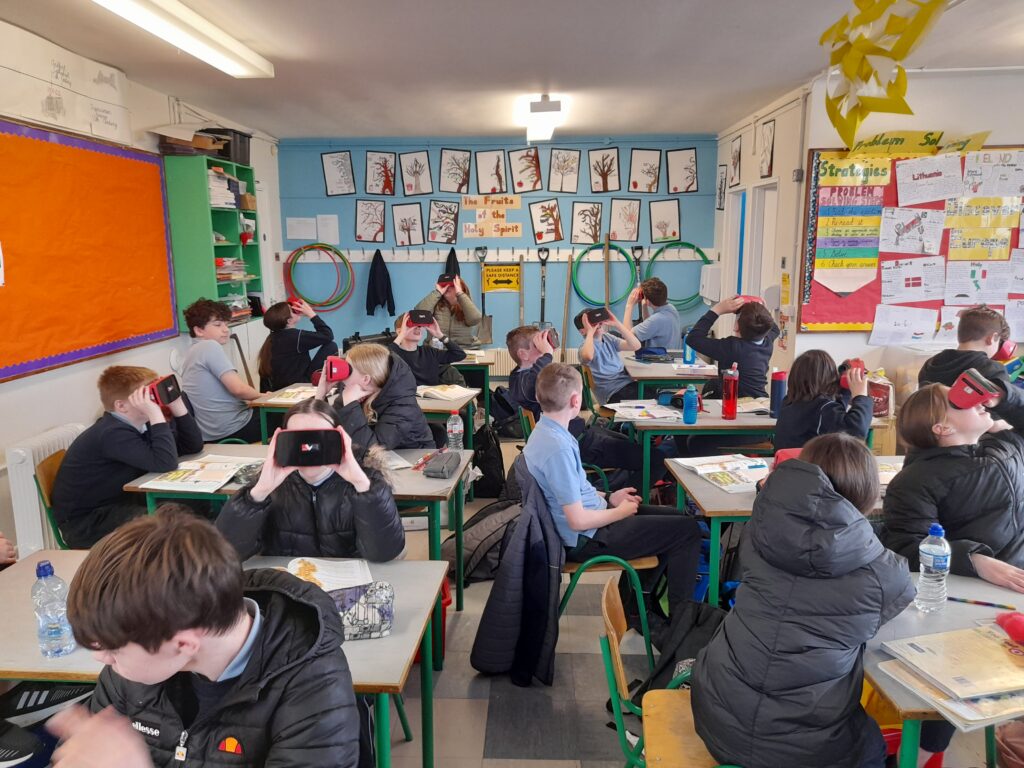 One of the expeditions that they watched recently was of the Auschwitz Concentration Camp as they had studied World War II in history. 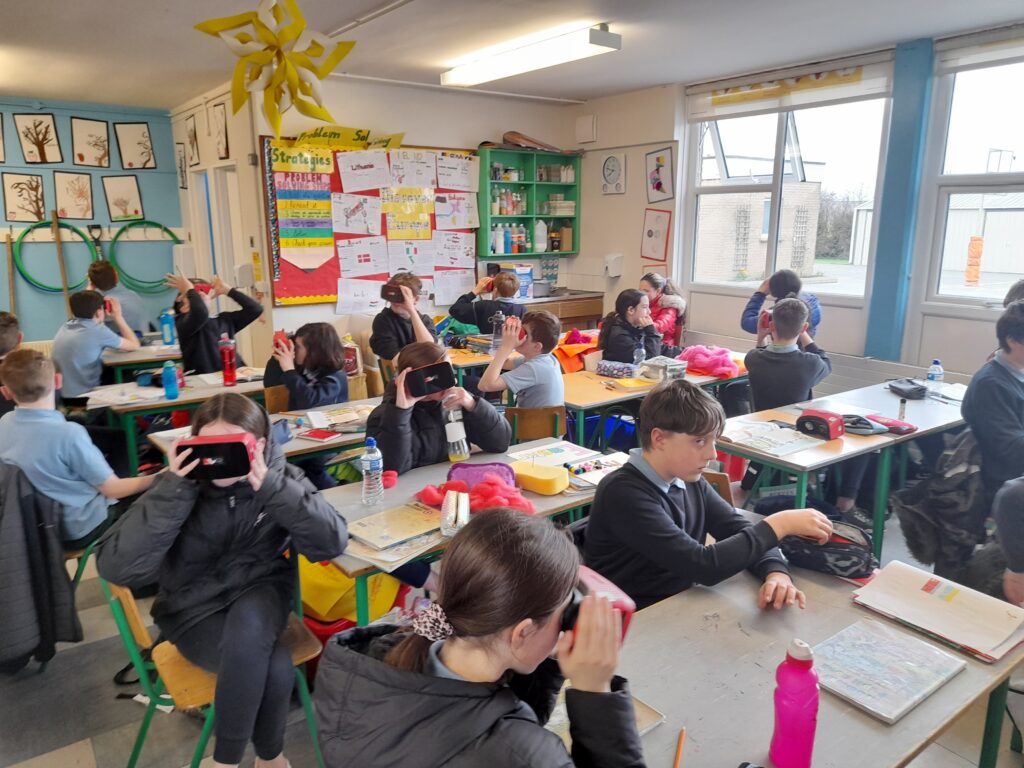 We used this to revise the structure of oral reports. The pupils then chose a topic of their choice, researched it and and delivered an oral report to their class. A wide variety of topics were explored.

Luke chose the topic ‘Gaelic Football for his oral report.

Nicole researched the character Anne Frank and based her oral report on her.

Robert picked the topic of Mount Rushmore as his oral report topic.

Hayley was inspired by her history studies and did further research on the Holocaust.