Our school is part of a digital cluster funded by the Department of Education and Skills School Excellence Fund. We are using Virtual Reality (VR) technology to embed the Primary Languages Curriculum. Our focus for Year 1 of our three year project is ‘oral language’ and ‘oral reports’ in particular. We purchased three class sets of 30 VR headsets plus teaching tablets to be shared between four schools in October 2018. They were purchased from RedboxVR  http://redboxvr.co.uk/index.html. We received training from the suppliers in December 2018. This training was also facilitated by the Institute of Technology Tralee. 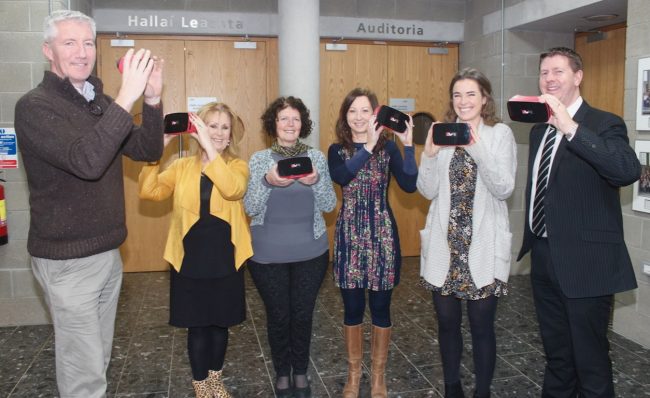 Further training was provided by the Institute of Technology Tralee and Lero for all teachers in each of the four schools in Kerry in January 2019.

An Information Night for parents was held on 4th February in Ardfert N.S. Many parents attended and were very impressed with the VR headsets. 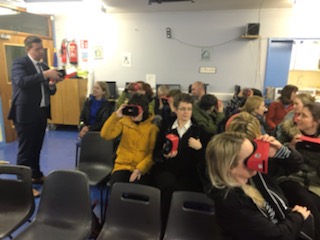 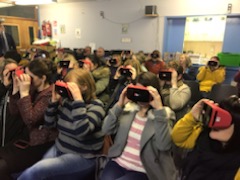 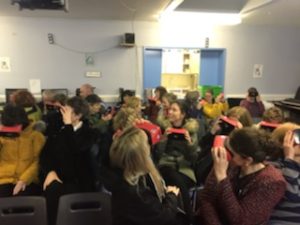 Third, Fourth, Fifth and Sixth Classes have been using the VR headsets and Google Expeditions in some of their lessons. Topics such as the Great Barrier Reef, Mount Everest etc. have been explored using the headsets. The children have been amazed at what they can see and the headsets have been a great motivational tool. 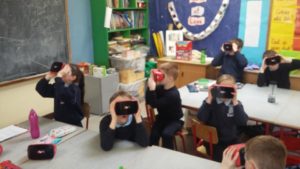 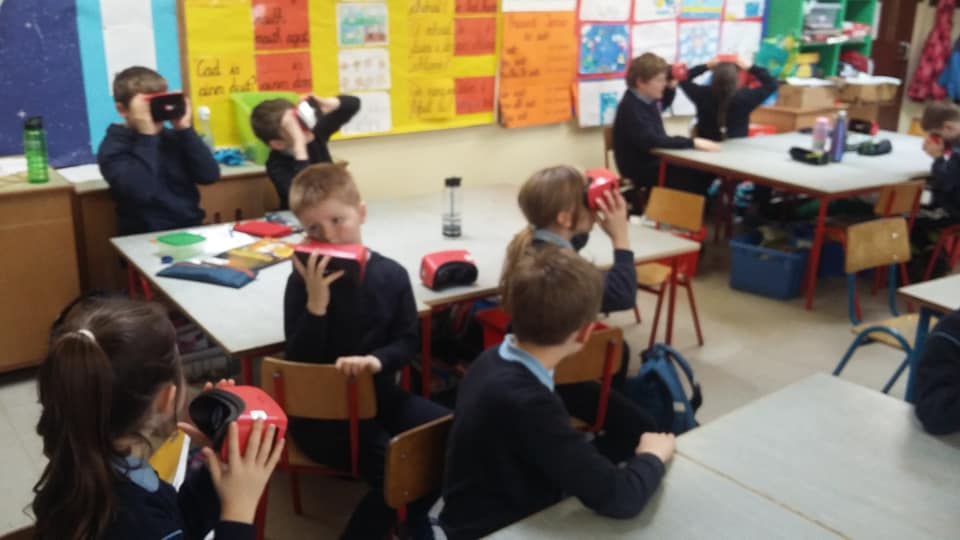 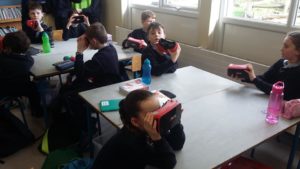 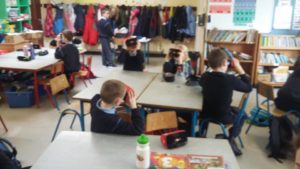 The children have done further research on the topics that were introduced through the VR headset and prepared oral reports on the topics. It has been great to see the confidence growing in the children to stand up in front of their own class and another class and give the reports.